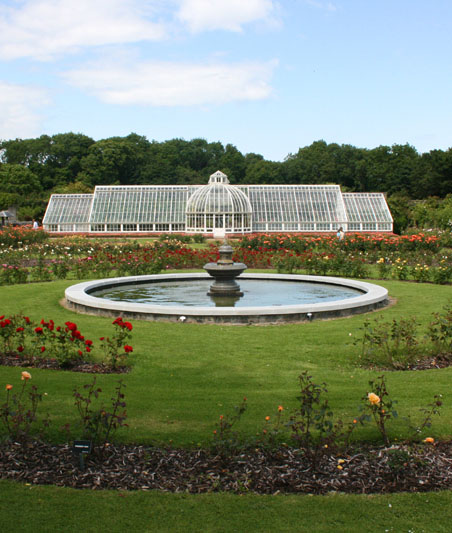 Guided tours of the Gardens are available for groups of 4 and must be booked in advance.

Social distancing will be in strict operation. Signs are displayed at appropriate points and our staff are always on hand to answer queries and to provide advice for social distancing.

This formal garden was laid out from the Ordnance Survey Map of 1865. A collection of roses has been planted; species and old varieties around the perimeter, climbing roses on the pergola and “Hybrid Ts” and “Floribundas” in the formal beds. The result gives a lovely display of summer colour.

The Victorian Conservatory was originally built in 1880 at Seamount, Malahide, the home of the Jameson family, who became famous for their whiskey all over the world. It was built by a Scottish glasshouse builder McKenzie & Moncur Engineering, and is reputed to be a replica of a glasshouse built at Balmoral in Scotland, the Scottish home of the British Royal Family. The conservatory was donated to Fingal County Council by the present owner of Seamount, the Treacy family and was re-located to the Ardgillan Rose Garden in the mid-1990s by park staff.

The Department of Arts, Heritage and the Gaeltacht (DAHG) approached Fingal County Council in early 2014 to participate in a pilot project to develop and enhance skill sets in built heritage conservation, under the Traditional Building Skills Training Scheme 2014. The glass house/ conservatory at Ardgillan was selected as part of this project. The glass house has been completely dismantled because it had decayed to such an extent that it was structurally unstable. All parts removed as part of this process are in safe storage. This work is the first stage of a major restoration project being undertaken by the Councils own Direct Labour Crew in the Operations Department supervised by David Curley along with Fingal County Council Architects so that the glasshouse can be re-erected in the garden and can again act as a wonderful backdrop to the rose garden. This is a complex and difficult piece of work which is currently on going and we are hopeful to have the glasshouse back to its former glory as a centrepiece of the visitor offering in Ardgillan Demesne in the near future.

Admission to all gardens is FREE

Guided tours of the Gardens are available for groups of 4 and must be booked. Contact us for more information. 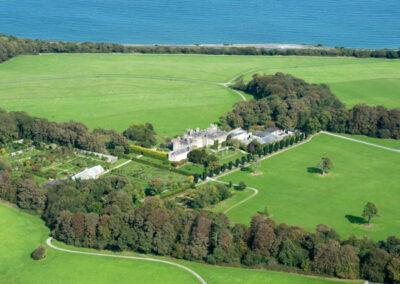 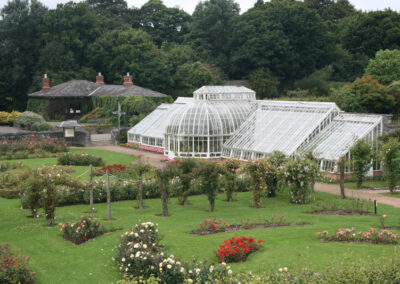 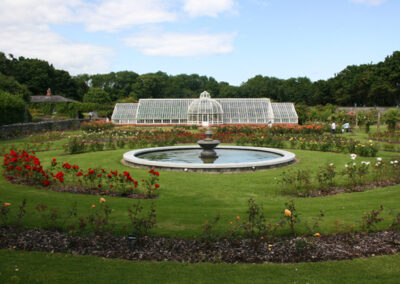 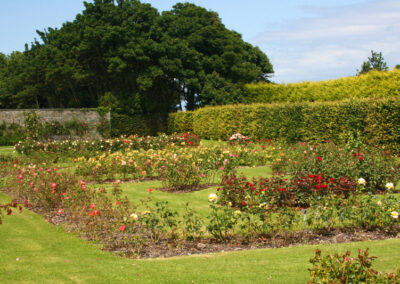