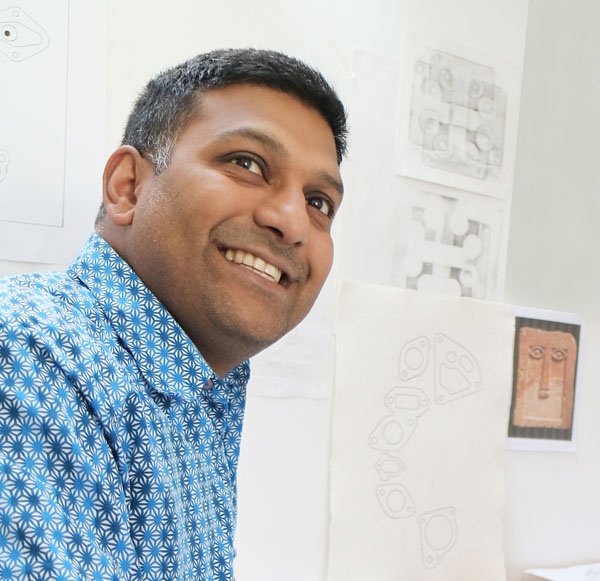 Antonio is a multidisciplinary artist and designer living in Skerries, North Co Dublin with Goan, Kenyan and English heritage.

He trained as a three dimensional designer in London and obtained a BA Hons degree in Furniture and Product Design from Ravensbourne College of Design and Communication, in 1995.

Since settling in Ireland in 2015 Antonio has been focusing his artistic attention on the creating visual art.  He does this through repurposing gaskets, salvaged from motorcars and motorbikes.

A gasket’s original function is to act as a mechanical seal between two surfaces. They can only be used once and are made from numerous materials, such as paper, rubber, cork, card, foam and graphite.

Recently Antonio has produced a series of work entitled “Gasket Heads”. These are expressions of identity and abstract representations of facial characteristics. Other works of his are inspired by the universal language of geometry, Celtic knot art, and biomorphic shapes and forms.

Antonio has exhibited locally and in Dublin and is a founding member of an Irish based, culturally diverse arts collective, called Art Nomads.

As an educator he has extensive experience of facilitating engaging creative workshops in the areas of in art, craft and design. 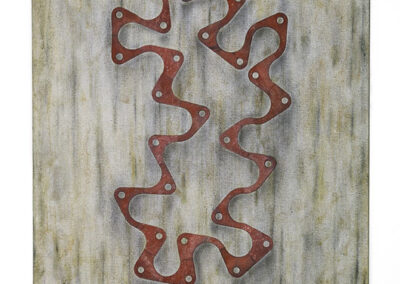 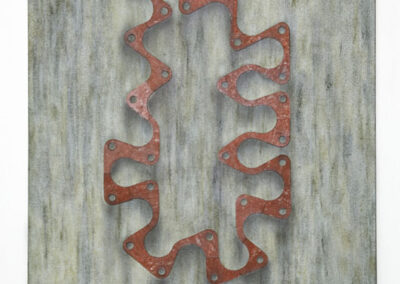 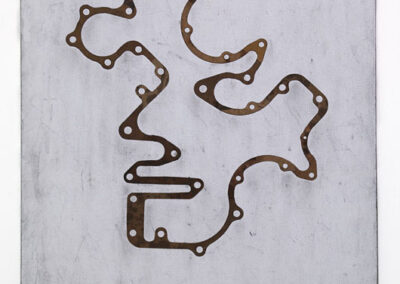 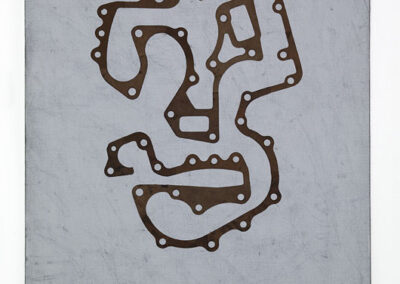 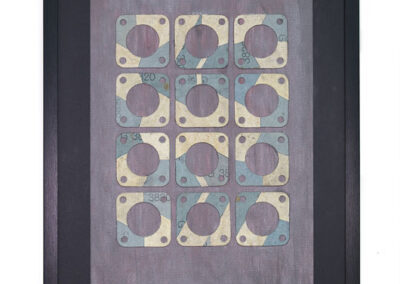 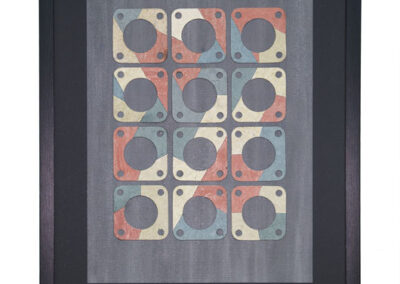