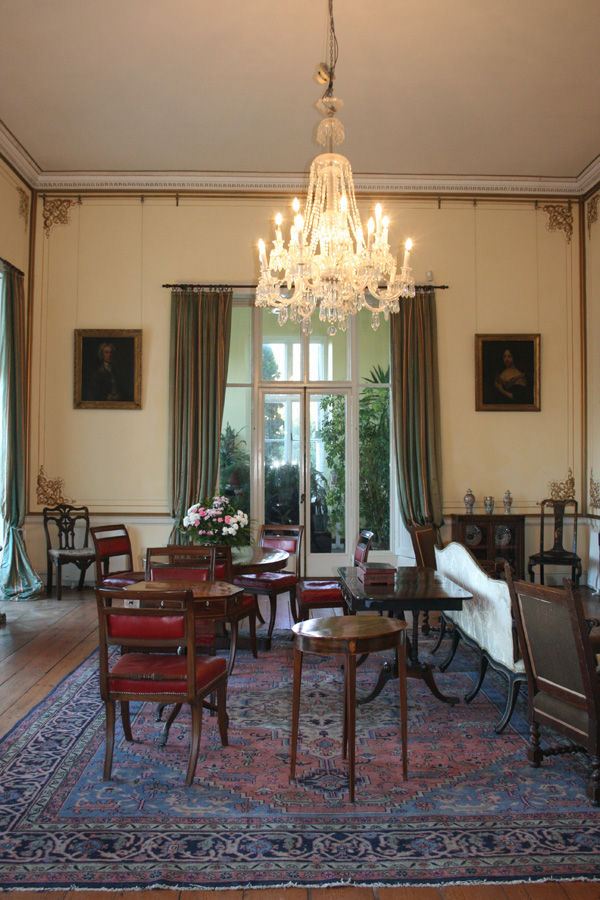 The history of the Taylor family at Ardgillan is an interesting one. The site at Ardgillan was first used as a home when Robert Taylor built ‘Prospect House’ on Mount Prospect in 1738. His grandfather was Thomas Taylor who His grandfather was Thomas Taylor who first came to Ireland to work with the Irish Commission on a survey and valuation of land confiscated following Cromwell’s campaign in Ireland. He worked as the chief examiner on what became known as the Down Survey of Ireland and subsequently set up home in Headfort House in Kells. With the addition of the Ardgillan property, the Taylors occupied much land and stature in Ireland during this time.

Thomas Taylor, born in 1631, to a landed family in Sussex, England was a professional surveyor and worked alongside Sir William Petty on the survey. Thomas married Anne Axtell in 1658 and in 1660 sold his estate in Sussex and moved to Ireland. Capitalising on the situation in Ireland, Thomas was able to buy up over 21,000 acres of land in County Meath. His son Thomas elevated that family status and was created a Baronet of Ireland. It was his son Robert who built the house at Ardgillan. Robert was a recluse and spent much of his time writing sermons.

The 1800s saw a renaissance at the house. Rev Edward Taylor and his wife Marianne St Leger set up home in Ardgillan in 1807. It was during this time that Ardgillan Castle came into existence with the house becoming castellated and extended. The family were part of the social elite in the area, often dining with the Cobbs of Newbridge House, the Talbots of Malahide Castle and the Hamilton’s at Hampton Hall. The family took part in the social traditions of the day, enjoying society balls in both Ardgillan Castle and neighbouring homes and also taking part in the custom of going on the ‘Grand Tour’ of Europe. Ardgillan Castle really came to life during this period when the house became a hive of activity.

The Taylors continued to inhabit Ardgillan Castle up until 1962 when the last branch of the Taylor family that lived here sold the house to a German Industrialist, Heinrich Pott. Basil Richard Taylor and his wife Gwen had come to Ardgillan in 1939 from Singapore. Their time at the house was short lived as the estate became too much of a financial burden to the family, compelling them to sell the estate and house in 1962.