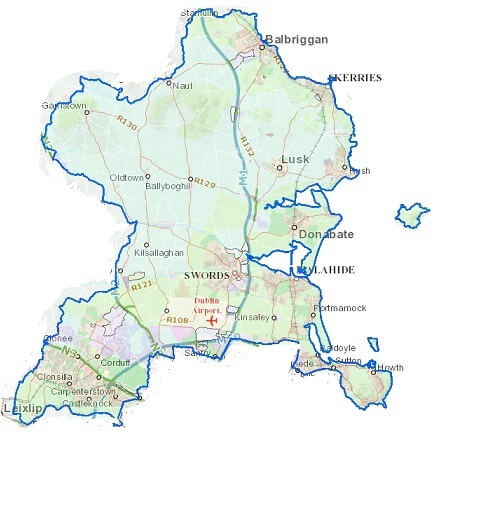 Fingal is located in Leinster, and is part of North County Dublin. Ardgillan Castle is overlooking the coast of the Irish Sea and is 39km from Dublin City Centre. Fingal County Council is the local authority for the county. The large urban areas include Blanchardstown, Swords, Balbriggan, Castleknock, Howth, Malahide and Portmarnock. The smaller rural areas are in the northern and western parts of Fingal County. Fingal is surrounded by the borders of County Meath, Kildare & is based in Dublin.

Balbriggan Beach and Skerries Beach are also very close by to Ardgillan Castle and within walking distance. Skerries was named best of the 859 towns and villages throughout the country that entered the 2016 National Tidy Towns competition. The Tidy Towns Competition has been running for the past 58 years and it is the first time Skerries has won. This is one of the most recognisable environmental initiatives in Ireland.