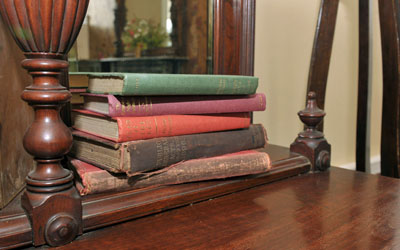 Much has been written about General Sir Richard Chambre Hayes Taylor (1819-1904), second son of Rev. Edward and Marianne Taylor. His correspondence with his mother and other family members provides an insight into his military career in the Crimea and in India. But what of his wife Jane? What do we know about her? Jane was no shy violet. In fact, in 1907, she played a key role, as a 73-year old widow, in negotiations to persuade the British War Office to purchase airplanes. She acted as the conduit between the British War Office and the Wright Brothers agent, Charles Flint.

Jane was born in Geneva, Switzerland on 1st April, 1830, but she was brought home to Scotland to be baptised on 25th May, 1830. There is a record of her baptism in the parish church of Yester, East Lothian. Her father was George Hay, Marquis of Tweeddale and her mother was Susan Georgina Montagu. The family home was Yester House, Gifford, East Lothian. (In 2015, this fine mansion was sold for an undisclosed sum, but the asking price was £8m. It had previously been on the market for £12 – £15m. It can be viewed online).

Her father George had a very distinguished military career. He served with Wellington in the Peninsular War (1809), and at the Battle of Chippawa, 1814 (nowadays near Montreal, Canada), where he was injured and captured by the American forces. In 1816, he married Susan Georgina Montagu, the banns of marriage being posted in June 1816 in St. Peter’s Pimlico, London. In 1818, he retired to his estate in Scotland, Yester, where he developed many interesting farming methods. On his estate he developed an improved method of making tiles for drainage, which he patented. More importantly, he and Susan had fourteen children between the years 1817 and 1836.

Richard died on 6th December, 1904. His address on the application for probate was 16 Eaton Place, although he died at Thorpe Place, Chertsey, Surrey. His estate was £4038.4.7d which he left to his wife, Lady Jane Taylor. He is buried in the Taylor family grave in St. George’s, Balbriggan.

In early 1905, the Wright Brothers, Orville and Wilbur, had developed their flying machine, capable of flying unaided. It was viewed by many with great scepticism, even seen as a machine of death. However, the Wright Brothers were anxious to sell a number of them to foreign governments. After the failure of initial overtures to the American and British authorities, they entered into negotiations with Charles Flint to sell their airplane and all its secrets. Charles Flint was a well-known arms dealer in New York, with connections to the banking houses of Rothschild and Morgan.

“The Wrights, who had shown such perseverance with their aeroplane research, were far from giving up. If Governments were unwilling to buy their planes, they would sell them to interested buyers from across the world. They entered into negotiations with Charles Ranlett Flint to sell their aeroplane and all its secrets. Approaches were made to two eminent politicians in Britain; Richard Haldane, Secretary State for War and Lord Tweedmouth, first Lord of the Admiralty. Flint’s representative in Britain was Lady Jane Taylor, who had impressive connections – her brothers were Marquis of Tweeddale and Sir John Hay, and her other relatives included the Duke of Wellington, Sir Robert Peel and the Earl of Dalhousie. This was early in 1907.” (The Men who gave us Wings, 1796-1914), Peter Reese, Chapter 6).

“Charles Flint had planned to employ the services of a large English gun company. Later he changed his mind and decided to write to a friend in London, Lady Jane Taylor, the elderly widow of a distinguished British general and a person of high aristocratic connection in her own right. In order to communicate in secret Flint entrusted her with the firm’s secret code.” (No longer an Island: Britain and the Wright Brothers, 1902-1909, Alfred M. Gollin, Chap. 7, Section IV)

To summarise the sequence of events outlined in the above two books, it would appear that on 11th February, 1907, the proposal made was that the Wright Brothers would sell 50 aeroplanes capable of flying 30 miles at a cost of £2000 each or a total price of £100,000. Lady Taylor was promised a 2% commission if the amounts were paid and she would be paid an additional sum for rendering “other services”, to be determined by Charles Flint.

Negotiations took place by a series of telegraphs sent in secret code, which caused the postal authorities to send somebody to question Lady Taylor. She was most irate about this and sent the official off with a flea in his ear – she is reported as quoting an old Scottish saying “ye may sit on a rose, ye may sit on a shamrock, but ye can’t sit on a thistle”! Her targets were Richard Haldane, Secretary of State for War and Lord Tweedmouth, First Lord of the Admiralty. Feelings between Germany and Britain were chilly at this time and Flint warned that the German Emperor was taking an interest, which he hoped would stir the English authorities. On 23rd February 1907, she saw Lord Tweedmouth, who she reported as being “most kind and encouraging…. He was much interested and examined THE PRINTED ACCOUNT OF Wright’s Aeroplanes.” She also told him of firm offers from Germany.

Unfortunately, on 7th March, her hopes were dashed when she received a communication from Tweedmouth saying that the naval authorities were
“of the opinion that they would not be of any practical use to the naval service”. She was no less successful with Richard Haldane. Despite requests to interest the War Office in the planes, on 12 April, she received a communication from him saying “ I have nothing to add to my last letter to you. The War Office is not disposed to enter into relations at present with any manufacturer of aeroplanes”. Many years later, on the brink of World War 1, Haldane was criticised for his stance.

Not to be thwarted by the refusals of these two figures, it was suggested that Lady Taylor should contact Lord Northcliffe, the newspaper magnate with a view to putting pressure on the War Office to buy the machine. However, although enthusiastic at the start, Northcliffe remained on the sidelines and nothing emerged from this project.

I have been unable to find how Lady Jane fared after this brief foray into history. The War Office pursued another course by way of action in relation to aeroplanes and late in 1907, they sanctioned the experiments of one Samuel Franklin Cody (not to be confused with Buffalo Bill) at the Army Balloon Factory at Farnborough, in 1908.

In the 1911 Census, at Homefield, Fishponds, Bristol, “The Lady Jane Taylor”, now aged 82, widow, is registered with her married daughter, Constance (Murray) and her husband, along with four domestic servants. Jane died on 13 Dec. 1920, aged 90. The application for probate lists her address as 16 Eaton Place, London. Probate was granted to Constance Mary Jane Murray, widow and Millicent Lilla Harriet Taylor, spinster. Effects were £17,872.9s2d – a not inconsiderable sum of money in those times.

One sad little footnote – I found Jane’s sister Julia, in the 1891 Census. She is registered as a boarder at 60 Northbrook Lane, Hornsey. This appears to be a private hospital or nursing home. Sadly she is described as a ‘lunatic’. In 1911, she is again a resident patient at 60 Southwood Lane, Highgate. She died there in 1915 and is buried with her brothers Frederick and Charles in Brompton Cemetery.

In compiling this profile of Lady Jane, there are a large number of authoritative sources recalling her involvement with Charles Flint. Among those which I used as reference were:

“England and the Aeroplane, Militarism, Modernity and Machines” by David Edgersham